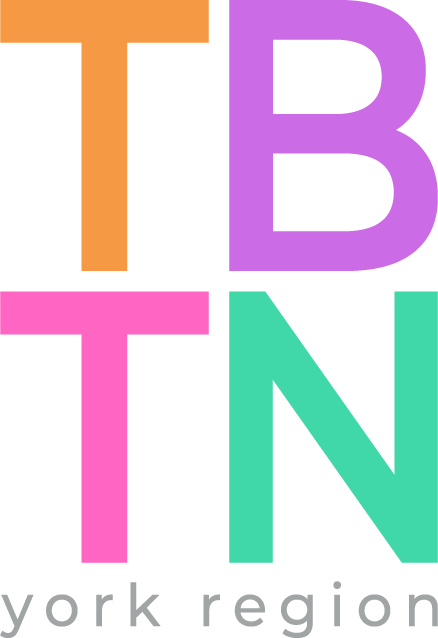 How accessible is the protest?

We have counsellors for all emotional support needs, a wheelchair accessible venue, and volunteers to support all other needs that participants may have.

If you know there is something specifically that you are or someone you know is needing for Take Back the Night to be accessible, please contact us using our contact form or call 905-895-3646.

What chants will be used at the event?

Claim our bodies / Claim our rights
Take a stand / Take Back the Night!

Yes means yes / No means no
Whatever we wear / Where ever we go!

What is Take Back the Night?

Take Back the Night is an internationally held rally and protest for folks to take a public stand against their frustration with the prevalence of gender-based violence and all in our social culture that condones it. Currently, sexual violence happens against a woman at a rate of 1 in 3 in their lifetime. For individuals that are marginalized by other forms of diversity – such as, race, sexuality, ability and all other forms – this rate dramatically increased. Take Back the Night is the opportunity to take a stand a loudly say no more.

The aim of the event is multi-faceted – to raise awareness on gender-based violence, to create safe space for survivors, to have a healthy outlet for our anger at the rates violence are still occurring against people for their gender and to celebrate the empowerment of women, non-gender conforming folk and all allies.

This is a night to draw attention to the irony that we are told from the time we are young not to walk alone, not to go out after dark, to avoid strangers and to avoid dangerous areas of town – and yet – the largest numbers of folks who experience violence are in their own home is at the hands of someone they know.

What is the origin of TBTN in York Region?

History of TBTN in York Region

The first Take Back the Night in York Region that the TBTN Planning Committee is aware of was in 1998. This year marks are 20th annual event!

We cannot genuinely honour the earlier years of TBTN without addressing the appropriation of this event that has occurred along the way. The early years of TBTN happened on Georgina Island. As the event grew and different leadership was at the helm, TBTN moved into Newmarket for convenience and accessibility for more folks to attend. Like far too much of the second-wave feminist movement at this time, “inclusivity” served to bring more white feminists to this event and ostracized our Indigenous sisters on Georgina Island from being able to attend – alienating our sisters from their own work. This is very important that attention is drawn to this as the Take Back the Night Planning Committee hopes to work very hard in the coming years to right this wrong. We aspire to have a TBTN that honours the warriors that established this movement, redefine inclusivity to incorporate to realities, barriers and limitations of everyone who has been impacted by gender-based violence, especially those most marginalized, and leverage the work and voices of all communities – rather than those who benefit.

History of TBTN in General

The first Take Back the Night event in the United States for which we have received documentation took place in Philadelphia in October of 1975. Citizens of Philadelphia rallied together after the murder of young microbiologist, Susan Alexander Speeth, who was stabbed by a stranger a block from her home while walking alone. The first Take Back the Night abroad for which we have received documentation occurred at The International Tribunal on Crimes against Women. The Tribunal took place March 4 through 8, 1976 in Brussels, Belgium. Two thousand women representing 40 countries attended the event. These were the first documented Take Back the Night marches, which occurred as a candlelight procession through the streets of Philadelphia in 1975 and Brussels in 1976.

In other parts of Europe, Take Back the Night began under a different name. After the Tribunal, Reclaim the Night arose in Rome in 1976. That year in Rome, there were a reported 16,000 rapes, and this fueled Reclaim the Night. The movement leapt from Rome to West Germany where women were harassed and assaulted both day and night; they held their first Reclaim the Night on April 30, 1977. International interest in the movement began to grow. The next city to hold a Reclaim the Night event was Leeds, England in November 1977.

The East end of London became infamous from the “Jack the Ripper” killings in the late 1800s. Jack the Ripper murdered at least five women at night, and all were prostitutes. No one was ever charged with the crimes. There was never a safe feeling for women walking alone a night, even before the slayings. Women were attacked on the street in broad daylight, and domestic violence was widely accepted. Then another “Ripper” emerged from the shadows. On July 4,1975 the “Yorkshire Ripper,” Peter Sutcliffe, attacked his first victim. Because both he and Jack the Ripper raped and killed or attacked prostitutes at night, this alias emerged. On May 22, 1981, Peter Sutcliffe was convicted of killing thirteen women and severely beating seven others. During this time, the police encouraged all women to stay indoors at night for their own safety. Outraged, the women of Leeds, England held their first Reclaim the Night event in 1977 in response to these murders and the public’s reaction.

Outside of Europe, Australia and India were also hosting Reclaim the Night events. Australia’s first event was in 1978 to protest abortion and contraception. In Bombay, India, women participated in the first Reclaim the Night in March 1978 after a pregnant woman was gang raped.

Across the Atlantic, the women of North America were not keeping silent. New York held the first North American march for women in 1976; however, it wasn’t until 1977 that the slogan “Take Back the Night” was introduced by Anne Pride as the title of a memorial she read at an anti-violence rally in Pittsburgh, Pennsylvania. In 1978, marchers in San Francisco used “Take Back the Night” as their slogan during a protest against pornography. Over the last 30 years in the United States, Take Back the Night has returned its focus to eliminating sexual violence in all forms, and thousands of colleges, universities, women’s centers, and rape crisis centers have sponsored events all over the country.

Canada has also seen its share of sexual violence against women. As a result, Canadian women had their first march for women in 1978 in Vancouver, British Columbia, organized by the “Fly-By-Night Collective”. The Vancouver Rape Relief held Take Back the Night marches from 1980-1985. In 1981, The Canadian Association of Sexual Assault Centers declared the third Friday of September the evening for Take Back the Night marches nationwide.

Source: The Take Back the Night Foundation

Is this event just for women?

All genders are welcome!

Take Back the Night of York Region is fully inclusive of all genders – women, gender non-conforming folk and allies. Yes, to be clear, we include cisgender men in all elements of TBTN.

These are the reasons we have arrived at this discussion:

How can I donate to TBTN?

Take Back the Night is not a core funded initiative. All funds are raised! If you are interested in offering a contribution to TBTN, please know all donations over $20 in value can be issued a tax receipt.

What is the march route?

As TBTN is virtual this year, we have no designated marching route. If you chose to walk in your community as a sign of solidarity please follow the guidelines set by  Ontario Public Health https://www.publichealthontario.ca/en/diseases-and-conditions/infectious-diseases/respiratory-diseases/novel-coronavirus/public-resources

What is the cost to attend?

TBTN is absolutely free! If you’d like to donate to Take Back The Night, please click on our donate page . We appreciate all the support the community has given us.